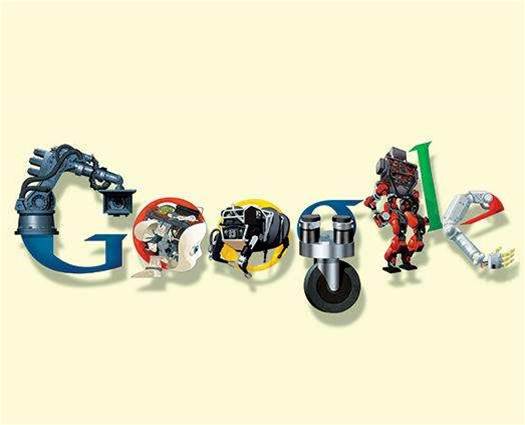 Looking back, Google’s emergence as a robotics powerhouse seems obvious—and inevitable. First came the scattered hires of roboticists and the release of self-driving cars into Bay Area traffic. Then, the search giant reportedly bought two humanoid HUBO robots from South Korean university KAIST. But it wasn’t until December’srevelation that Google had acquired eight robotics companies—including Boston Dynamics, maker of BigDog, WildCat and a stableof other astonishing Pentagon-funded bots—that it became clear: Google means to build robots.

Although the prospect of merging Google’s insatiable appetite for data with sprinting, leaping hardware has inspired an unsurprising battery of Skynet jokes, the response among roboticists has been overwhelmingly positive. “Of course it’s part of our business to tell everyone how great we think robotics is, at every opportunity,” says Matt Mason, director of Carnegie Mellon University’s Robotics Institute. “But this is the kind of commitment that transcends any sort of BS or rhetoric.”

Brian Gerkey, CEO of the Open Source Robotics Foundation (OSRF), ballparks the purchases in the hundreds of millions of dollars—an investment that should attract venture capital to other robotics start-ups. “Now, as of 2014, things are finally changing,” says Dennis Hong, who directs the Robotics & Mechanisms Laboratory at UCLA. “The fact that Google bought these companies shows that, finally, it’s time for the robotics business to really start.”

But as galvanizing as Google’s involvement could prove, Gerkey sees a downside to having some of the best minds in robotics “disappear, in the classic way, into the Googleplex,” where they’ll almost certainly work in secret. “That’s probably the right way to develop a product,” he says, “but from the field’s perspective, we lose something.” Whether Google closes ranks or decides to engage the research community, here’s a glimpse of its future plans, as evidenced by its newly acquired manpower and machines.

Notable bot: Industrial sorting robot  Strength: Machine vision. In one demo, an industrial bot was able to quickly pick through stacks of boxes, relying almost solely on simple stereo cameras to find the right products to retrieve and toss.  Appeal: While a Google manufacturing bot seems the obvious application, machine vision is used by nearly every class of robot, from airborne drones to the bipedal first responders competing in the Pentagon-funded DRC.

Notable bot: None Strength: Bot-centric marketing. As a sister company to Bot & Dolly, Autofuss works with robots to produce technically complex, visually arresting advertisements.  Appeal: None of the roboticists we spoke with wanted to assess a video-production company’s role in Google’s new robotics lab. The firm worked with Google in 2011, filming a commercial that featured industrial bots handling a Nexus smartphone. Whenever the first Google bots are ready, Autofuss will likely make the introductions.

Notable bot: M1 Mobile Manipulator Strength: Series Elastic Actuators. Meka’s robots aren’t particularly strong, but their actuators—which contain a spring between the motor and joint—are compliant and can better control force. Appeal: Despite developing a wide range of robotic systems, including an expressive head for humanoids, Meka’s specialties are arms and manipulators. “They know how to build something that’s useful, but that can be safely operated around people,” says the OSRF’s Gerkey.

Notable bots: Atlas, LS3  Strength: Hydraulic motors. Nearly all of Boston Dynamics’ bots have two things in common—they have legs, and they’re power-houses. The robots’ ultra-stable mobility and their feats of strength (such as hurling cinderblocks) showcase the company’s progress in hydraulic actuation. Appeal: The jewel in Google’s robotic crown is also the biggest clue as to the form factor of its future bots. “I’m guessing it’s walking autonomous robots,” says Melonee Wise, CEO of Unbounded Robotics. Other roboticists seem to agree—you don’t buy a company that specializes in legged mobility unless you’re making bots with legs.

Notable bot: None Strength: Omnidirectional Wheels. Though Holomni doesn’t appear to have released any products, the company’s description of itself says it all: “Creators of high-tech wheels for omnidirectional motion.” Appeal: Google seems to be covering its bases. Whether that means it will build something similar to Unbounded Robotics’ UBR-1—a light-labor bot that can be rolled into position—or simply give its legged models another mode of transportation is anyone’s guess.

Notable bot: S-One Strength: Liquid-cooled electric actuators. SCHAFT’s capacitor-powered actuators are the electric equivalent of turbocharged engines, delivering massive power on demand. They propelled the Tokyo start-up’s S-One humanoid robot to first place in last year’s DARPA Robotics Challenge (DRC) trials. Appeal: SCHAFT’s monster actuators seem to overlap with Boston Dynamics’ beefy hydraulics—which may be the point. “It looks like they’re trying to have their hands on every kind of technology,” says UCLA’s Hong. From floppy series elastic actuators to battery or oil-fed behemoths, Google now has a range of options to move its robots.

Notable bot: None Strength: Simple, low-cost robotic arms. Formed in 2012, Redwood Robotics announced its intent to supply robot arms but hasn’t shown off a specific model. Appeal: Redwood started out as a joint venture between Meka Robotics, SRI International, and Willow Garage, so it seems safe to assume that Meka and Redwood will pool resources to develop robotic manipulation that’s light on power but heavy on safety.

This article originally appeared in the March 2014 issue of Popular Science.

Who Should Buy Boston Dynamics From Google?