These Sunglasses Are Bone Conduction Headphones
G. Clay Whittaker
at 10:46 AM Jun 22 2016 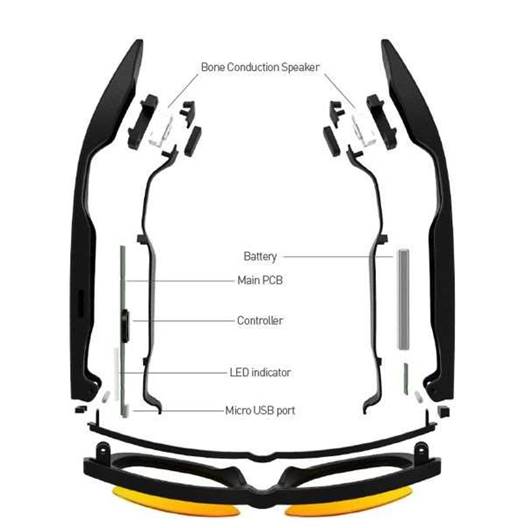 Bone conduction is a cool trick. When a vibrating tuning fork is held to your temple, you can hear the tone without there actually being a sound.

But that science/music classroom trick is taking a big step with Zungle: a new bone-induction headphone technology.

Instead of speakers, Zungle’s system places two tiny motors on either side of your skull, which send vibrations through bone and come out as sound in your ears.

The sound can come from any broadcasting bluetooth device.

It’s not terribly far off from how sound travels anyway, but instead of using air as the conducting material, it uses your actual skull. And that means it’s barely audible unless the motors are pressed against something.

That sounds pretty cool, and it’s definitely a solution to that problem of everyone sitting around you also being able to hear your headphones.

Of course the biggest problem with promoting this technology is showing off sound quality.

They found a cool work-around for that too:

The project is on Kickstarter now, and Zungle has already surpassed its $50,000 fundraising goal by over $200,000. We’s say that definitely means these are going into production, but Kickstarter projects don’t exactly have a flawless track record when it comes to delivering.

Check it out here.