The worst thing about electric cars might not be an issue for much longer
Marlene Cimons
at 10:18 AM Mar 2 2017

Doug Hines, CEO of a software company in Decatur, GA, has logged hundreds of miles in his Tesla. In addition to the obvious perks of owning an all-electric car—little maintenance, no exhaust, and just downright fun to drive — there was one he hadn’t expected: the unfailing generosity of people willing to offer up their home chargers to a stranger, often for free.

“It amazes me how people are so open to have anybody come to their home, drive into their garage, and plug in their car,” says Hines, 55, who lives in Lithonia, GA. “I’ve probably been to about six or seven homes on long trips. People have been so gracious. Some have even invited me to spend the night.” 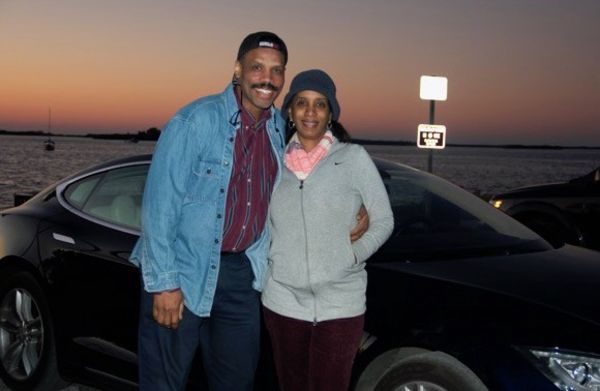 In a Dayton, Ohio suburb, Hines took one family out to dinner as a thank you for giving him a charge. In Battle Creek, Michigan, he left a Panera gift card for a man who was away from his home when Hines arrived, but who “left his garage door up for me,” he says.

“We plan our trips around charging,” says Hines, a father of six, who drove an SUV — “the only car that has 8 seats” — for 20 years, until the last of his children left for college. “I’ve had to depend on the kindness of strangers. I grew up in Detroit, where nobody trusted anybody outside your neighborhood. I love the idea that people are generous enough to make their chargers available.”

The PlugShare network, where Hines found places to charge his car along his route, is one example of the countless incentives created by proponents of all-electric vehicles to encourage people to own and drive them, and to ease consumers’ “range anxiety,” or worry that the battery will run out before getting to a destination or charging station. Hines himself is a member of PlugShare, offering up the charger located outside his Decatur office building to anyone who needs it.

In addition to nationwide volunteer peer-to-peer sharing, cities, states, utilities and private companies are setting up charging stations for the public. Some states, like Massachusetts and New York, are providing grants to municipalities and businesses to help them reduce the costs of installing EV charging stations, or even adding electric vehicles to their fleets.

Many utilities, like Kansas City inPower & Light, are installing public EV charging stations and offering cheaper electricity rates for those who charge their vehicles during off-peak hours. Utility companies see electric cars as a new and growing segment of the electricity market, especially as people can plug in at night when demand is at its lowest. Several states, including New York, California, Pennsylvania, and Connecticut, now offer rebates of up to $3,000 to defray the price of all-electric vehicles. This is in addition to the federal tax credit of $7,500 for buying an electric vehicle.

“These types of incentives that make EVs less expensive and more convenient are starting to pay off,” says Gina Coplan-Newfield, director of the Sierra Club‘s electric vehicles initiative. “Last year, U.S. EV sales jumped 37 percent over 2015 sales, despite low gasoline prices. Many people have figured out that — with cheaper fueling and maintenance costs, and with state incentives — EVs are actually cheaper than many conventional vehicles, in addition to being much lower in emissions.”

Moreover, she adds, “EVs are cleaner today than conventional vehicles, even factoring in the emissions from the electricity used to charge them. EVs will become even cleaner over time as we switch to more renewable sources of power.”

Currently, there is a paucity of easily accessible public charging stations, but that is likely to change. 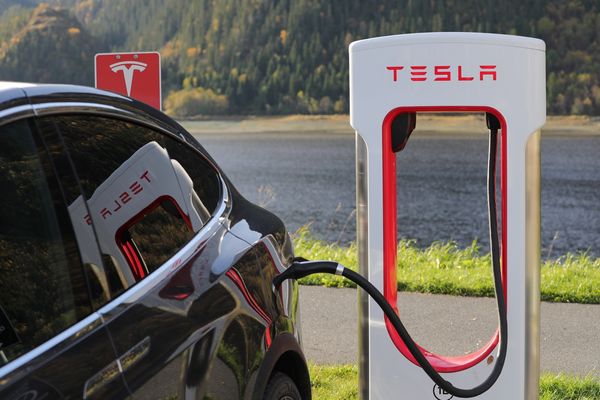 “As we get more electric cars on the road — and we’re starting to get more on the road — the public infrastructure is going to follow,” says Dave Reichmuth, senior engineer in the clean vehicles program at the Union of Concerned Scientists. Reichmuth says he recently bought a Chevy Bolt, a new, affordable EV that gets an estimated 238 miles with a single charge.

Kansas City Power & Light, for example, recently invested $20 million to install 1,000 public charging stations throughout its service area, which hugs the Kansas-Missouri border. These include chargers at workplaces, in apartment garages, at grocery stores, in city parking lots and malls, and near its baseball and football stadiums. The project has helped turn this Midwestern metropolis into a fast-growing EV hub.

“Drivers love what we’ve done to eliminate range anxiety and have become some of our greatest advocates,” says Kristin Riggins, the utility’s sustainability products manager, pointing out that “the Kansas City metro was ranked number two nationally” in new electric car sales between the third quarter of 2015 through the third quarter of 2016. “There has been a positive effect on EV sales,” as a result of the utility’s efforts, she says.

Companies also have begun to recognize that supporting electric vehicles is good for business because it makes their workers happy. MilliporeSigma, for example, the life science component of the Germany-based Merck KGaA, is expanding its charging stations at its sites around the world and sponsors a number of incentives to encourage its employees to purchase EVs and hybrids.

In the United States, it has installed charging stations in its parking lots at its facilities in Maryland, Massachusetts, Missouri, and Wisconsin. The company will add them to its forthcoming facility in Burlington, Massachusetts.

“This program supports the work that we do to increase our environmental sustainability in all aspects of our business,” says Jeffrey Whitford, the company’s head of corporate responsibility. “Our employees are one of the driving forces behind these investments… it gives [them] options, and supports their desire to work for a socially and environmentally responsible company.”

Larry Kinder, the CEO of LilyPad EV, a company that markets charging stations, believes the future of EVs is secure. “The old days of cars not having the range are gone, and they are becoming more affordable,” Kinder says. “What else can you drive that becomes cleaner all the time?”

To be sure, there also are disincentives to EVs, particularly at a time when sentiment at the federal level is hostile. The new administration opposes renewable energy, and has not proposed anything to support electric cars in its energy plan.

Moreover, a number of states have imposed fees for owning an electric car, or have introduced legislation that would charge fees, some as high as $300 a year. Others, like Georgia, have repealed their tax credit and replaced it with a fee, causing EV sales to drop there.

States argue that the fees are necessary to replace lost revenue for road upkeep, since EV owners no longer pay gasoline tax. Some EV advocates, however, believe the fees are part of a campaign by the oil and gas industry, specifically the Koch brothers, to discourage EV ownership. Regardless, advocates don’t believe these actions will have a lasting impact on the clean car movement.

“It’s an unnecessary headwind, though not likely to derail EVs,” says the UCS’s Reichmuth. “It makes sense to have a mechanism to make sure that all drivers contribute to road maintenance, but some of the fees are much higher than what the driver of an efficient gasoline car would pay. Some states, Oregon for example, are looking at a per mile fee to replace per gallon fees, which would tie revenue directly to driving, rather than fuel consumption.”

At the national level, Reichmuth acknowledges “these are trying times,” but adds, “I am still really excited about what’s happening in transportation right now.”

For his part, Hines would agree. He loves his car and is happy doing something positive for the environment. “This whole global warming thing is scary,” he says. “Every time I pull up behind some truck spewing out exhaust, I hope the driver will see the light — or at least my car.”

This Electric Sports Car Will Soon Sound Like A Spaceship