The Grim Reaper does not care about the latest longevity study you saw on Facebook
Sara Chodosh
at 09:30 AM Feb 26 2018 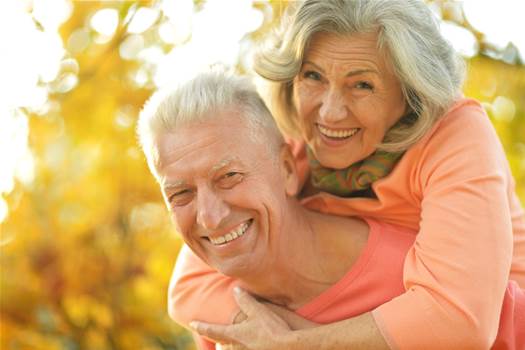 Centenarians always want to tell you how much beer they drank. How many cigarettes they smoked. How often they ate bars of chocolate. Similarly, headlines regularly belt out accolades for every study that purports to show a link between living past 90 and drinking/smoking/eating mac & cheese three times a day. You know the one—its an article that probably goes something like this:

There’s reason to celebrate if you love/hate [insert whatever habit the study looked at]. A new study suggests [doing or not doing the thing] might help you live longer. The research looked at a group of [probably a few thousand people, enough to make you think this is legit] and found that [whatever food or habit we’re talking about either decreased risk of death or increased average lifespan] by [a small, but statistically significant, amount]. “Our study found that [insert food/habit] significantly [increases/decreases] lifespan,” says [lead study author], though s/he cautions that [whatever they found could also be explained by a third factor]. The study didn’t prove causation, but it did [insert a compelling statistic that people can cite to their friends].

It sounds so familiar because its an appealing story that draws people in. There’s a reason that scientists study longevity and journalists like us cover their research. We all want a shortcut to living longer. Unfortunately, scientific work is far more nuanced than a single sentence can convey, and “eating more nuts may or may not help you live longer, we’ll probably never know” isn’t a compelling headline.

Though there’s plenty of valid research on how to live longer, most of what you hear about in the news is misleading at best. Most longevity research relies on following a group of people for decades, gathering whatever relevant information about each person that you can think of, and then analyzing that data to see which traits pop up in people who live the longest. There’s not a lot of other ways to study aging because we simply don’t know how long people live until they’re dead.

Longevity is also something you can’t really design an experiment for. Or at least, not an experiment that allows you to determine causality. Practically—not to mention ethically—you can’t tell a whole group of people to exercise three times a week for their whole adult lives, or eat exactly one square inch of chocolate per day, and then wait to see who lives the longest. There are just too many variables about a person’s life that influence the length of their time here on Earth. Controlling for every single factor is next to impossible.

In the end, it’s not that the links you read about regularly are wrong, it’s that they’re just links. They’re correlations, not causations. It may be true that people who eat oat bran every morning live longer, but we can’t say that eating oat bran causes you to live longer. Maybe people who eat oat bran also tend to exercise more. Maybe they drink less. Maybe they’re wealthier, and therefore have better access to healthcare. Maybe families with a genetic predisposition to longevity tend to eat more oat bran because they’ve always chalked up their longevity to healthy eating.

You get the idea. So here’s a running list of misleading longevity studies and stories that you might encounter:

Research showed that nonagenarians who drank 2 glasses of alcohol a day were more likely to live longer than their peers. These results are just small part of a much larger, ongoing research project focused on people who live past 90. The problem is that the study starts looking at people when they’re 90, so anyone who dies earlier than that—say, of liver damage from alcohol, or any of the myriad diseases that we know alcohol consumption increases your risk of getting—you are automatically not included. And nonagenarians who don’t drink at all, or drink infrequently may have given up alcohol for other health-related reasons. So really what these results tells us is that if you’re already predisposed to living past 90 and can still drink regularly, you’re likely to live longer.

Despite the fact that researchers controlled for the effects of potential confounding factors like gender, location and air pollution, there’s just no way they could control for everything. Yes, maybe being near nature makes you less stressed and therefore helps you age slower, but maybe people who live near nature are already less stressed. While the study found an overall benefit, the authors noted that coming from a lower-income household negated the longevity boost of living near a green space, indicating that other factors were certainly at play. By all means, move to be near trees, but don’t expect them to make up for other life-shortening factors.

Overall, coffee habits aren’t bad for you. They might even be good for you. But this study fell prey to one of the classic blunders: if you go looking for a correlation, you can eventually find one. These researchers examined links between coffee drinking and a long list of specific cancers and heart problems, among many other diseases. There was absolutely no connection for most of those, but the list was long enough that they found a few correlations. And—surprise, surprise—those were the ones highlighted in the news coverage.

Apparently if you just read 30 minutes a day, you can live incrementally longer. And the more you read, the more you seem to extend your life. But also reading periodicals didn’t count. Books, specifically, do the trick. Look, it’s true there are lots of wonderful reasons to read books, including the positive cognitive effects of regularly exercising your mind. It’s also true that plenty of other habits that frequent readers might have could explain this link. Those who make time for novels may also watch less television and therefore be more physically active, or they may tend to eat healthier. Or maybe if you have time to read, you just have less stress. Either way, pick up a book for better reasons than your longevity.

There are a ton of hormonal changes that women go through during and after pregnancy, but not even the researchers believed that the mother’s age changed how long she lived. Rather, they said, it was probably that women with “good” aging genes are more likely to be able to have kids later in life. That just means that women who are still capable of giving birth at 35 seem to age slower. Don’t wait to have kids just because you’d like another couple years tacked onto your life.

comments powered by Disqus
Filed under:
FaceBook
centenarians
Cigarettes
MORE FROM POPSCI
Facebook Wants Its Artificial Intelligence To Watch All Your Live Videos