Scientists have identified a gene that’s killing purebred dogs. Does that even matter?
Sara Chodosh
at 23:26 PM Mar 26 2018 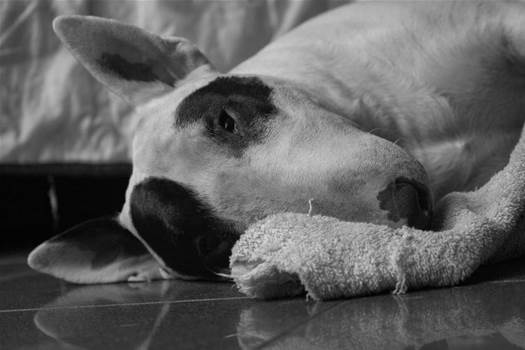 Inbred dogs are kind of doomed.

Bull terrier owners might feel some sense of relief upon hearing that a team of international researchers have identified a genetic mutation behind lethal acrodermatitis. Baby bull terriers with LAD don’t grow well, have deficient immune systems, and develop skin lesions around their paws. They often die before their first birthday.

But here’s the problem: at this point, we can’t really do much about it.

The reason why lies in the very first sentence of the paper, which came out on Thursday in the journal PLoS Genetics. “Lethal acrodermatitis is a genodermatosis with monogenic autosomal recessive inheritance in Bull Terriers and Miniature Bull Terriers,” the study reads. Maybe that doesn’t sound like much to you, but it means a lot to canine genetic researchers—that’s people who study dog genetics, not dogs who study genetics—because it highlights immediately why this disease is much like the vast majority of other diseases that plague purebred dogs. It’s autosomal, meaning it can occur on any chromosome (not just the sex-determining ones), and it’s recessive, meaning you need two copies for the disease to manifest.

“About 70 percent of the genetic disorders in dogs are autosomal recessive,” explains Carol Beuchat, Scientific Director of the Institute of Canine Biology. “And the reason why is because a recessive mutation doesn’t hurt you if it’s not expressed, so it doesn’t get selected against.” If everyone who carries a mutation suffers the associated ill-effects, they’ll be less likely to reproduce and the mutation won’t spread through the gene pool very much. But recessive genes can proliferate more pervasively, because carriers with one copy can lead perfectly healthy lives and have lots of children, some of whom will also carry the recessive gene on to their own offspring. A puppy with LAD in between two of his littermates.

“We all have dozens of recessive mutations that don’t matter at all unless we breed with someone else who has that same mutation,” Beuchat says. This can start to become more common in certain populations as time goes on, with the recessive gene slipping into so many lineages that doubling up becomes inevitable. But it’s more likely if you reproduce with someone who shares a lot of the same genetic background. If you had kids with your cousin, for example, you’d have a much higher chance of offspring with two copies of the same mutated gene because you share so much of the same DNA. This is the whole principle behind inbreeding. If you take a small population of closely related animals and breed them together, you end up accumulating recessive mutations. And boy oh boy have we inbred dogs.

So it shouldn’t really be a surprise that the breed has accumulated a few genetic inconveniences along the way. Bull terriers are also prone to breathing problems, heart and kidney disease, deafness, and knee issues.

Purebred dogs are all inbred because, well, that’s what it means to be a purebred dog. They must have parents who are registered as purebreds, and their parents had to both be purebreds, and so on and so forth all the way to the Victorian era—when people decided that certain dogs would count as bull terriers or german shepherds, wrote down the names of every official purebred in so-called stud books, and made owners pay to register their dogs in the record of purebred-dom. In doing so, they unfortunately created a finite gene pool. However much genetic diversity there happened to be in a breed 150 years ago became the upper limit for that gene pool, and we’ve been winnowing it down ever since.

A lot of modern tactics to ensure good canine health revolve around genetic testing and registries designed to identify which dogs are healthy and which aren’t. The goal: to breed only the healthy ones. But, as Jerry Klein, the Chief Veterinary Officer of the American Kennel Club, acknowledges, it’s not always that easy. “Just putting together two dogs that aren’t dysplastic might breed a race of dogs with no dysplasia. But we may be bringing something else into the equation.”

Sure, we all want dogs sans hip dysplasia. But if you only ever breed the dogs with good hips, you’re also effectively narrowing the gene pool by a lot. You may eliminate hip dysplasia entirely (probably not, but maybe), but since you’re taking the finite gene pool of a purebred breed and making it even smaller,you’ll likely end up with other genetic disorders a few generations down the line. That’s just the genetic math talking.

“It’s really hard to get rid of the last copy of a recessive mutation,” says Beuchat. “The goal doesn’t need to be to eliminate the gene from the gene pool. You need to make the mutations rare.” 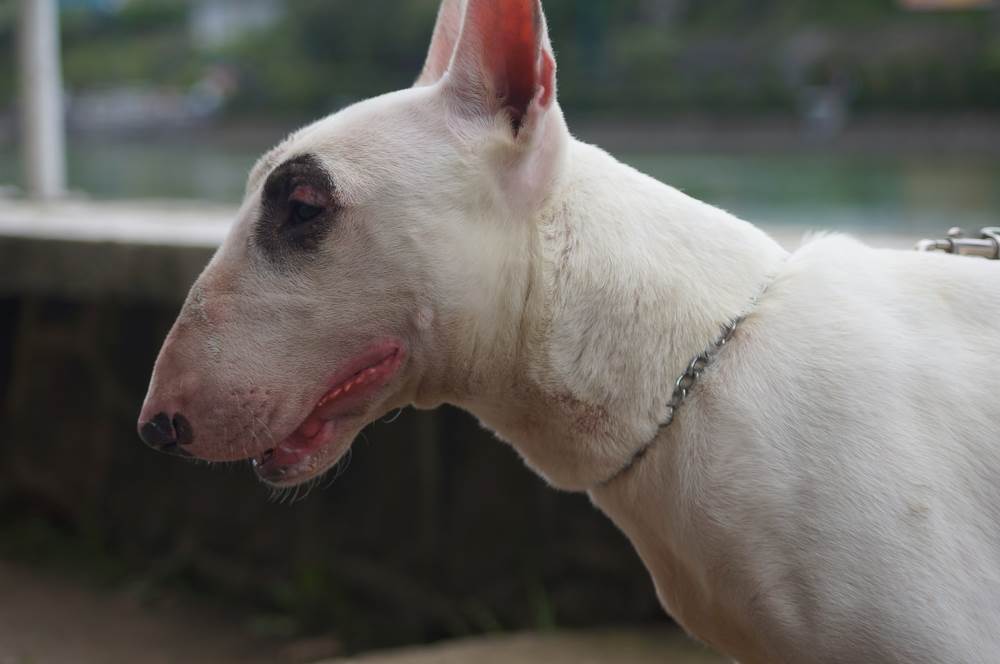 In other words, tools that identify and eliminate genetic mutations are actually doing the opposite of what they need to do. They’re narrowing the gene pool when they should be widening it. Bull terriers are already at a 60 percent inbreeding coefficient, which means those recessive mutations have accumulated already. They’re not going to go away magically, and they certainly won’t disappear without raising a few more diseases to take their place. The only solution is to stop inbreeding. Bull terriers will eventually die out as they become increasingly inbred. Populations with finite gene pools simply don’t survive. To save the breed, you have to make it impure.

There aren’t many breeders who want to do that, though. The Norwegian lundehund is almost entirely extinct because they’re so inbred, and yet the effort to save them by outbreeding to other Norwegian dog varieties only comprises a handful of breeders. Most lundehund owners outright refuse to allow their dogs to mate with anything but another lundehund. It’s the same story with many other breeds.

The majority of dobermans now succumb to the same heart condition. Bernese mountain dogs today have little hip dysplasia, but die of cancers that have become commonplace. There are a small number of people devoted to preserving each breed by outbreeding, or expanding the gene pool, most of whom come together informally outside of kennel clubs. But their efforts are not generally well-regarded by their peers in the dog world.

It makes sense—people become breeders because they’re attracted to one breed. That just means it’s a very small minority who are willing to sacrifice a semblance of genetic purity for the sake of a breed’s survival. Make no mistake: mutts have the advantage.