The new trailer for “Star Wars: Episode VII: The Force Awakens” excited fans worldwide, but also unexpectedly raised controversy with its depiction of a menacing new red lightsaber, which possesses a hilt made of two mini-lightsaber blades.

One master bladesmith told The Washington Post that such a hilt would be a terrible idea, and a reporter on TechCrunch offered a series of fixes for this lightsaber. On the other hand, Stephen Colbert offered an impassioned plea for this new cross-guard, calling naysayers “scruffy-looking nerfherders”.

However, the debate may be moot. In real life, you don’t need a cross-guard to parry another sword.

In the Toyama Ryu Battodo style of Japanese swordsmanship, which I study at Byakkokan Dojo in New York, our katanas do not have cross-guards. In this following video, you can see how we parry in our style — my sensei Sang Kim (left) parries cuts that I (right) aim at his wrists.

In parrying with a katana, you have to push your sword at your opponent so your sword does not get pushed back. You also have to angle your sword so that it deflects the enemy blade away from yourself. In this next video, you can see a failed parry, one that did not angle enough to intercept and deflect an incoming sword.

So is a cross-guard any use at all? Let’s ask modern practitioners of historical European martial arts (HEMA), which uses them. Tristan Zukowski, head instructor of the HEMA program at Sword Class NYC, teaches the German longsword, which has a cross-guard.

Also, in real life, when fighting opponents wearing plate armor, since the thin edges of blades were not always useful against such opponents, swordsmen sometimes grabbed their longswords by the blade and used the cross-guards as weapons, either as hooks to snag an enemy’s limb or as hammers to bludgeon adversaries – that’s called Mordschlag, or “murder-strike”.

This could help explain why some real-life longswords had spiky cross-guards, as can be seen here in the “Königsegg” edition of a fencing manual by 15th-century German fencing master Hans Talhoffer. 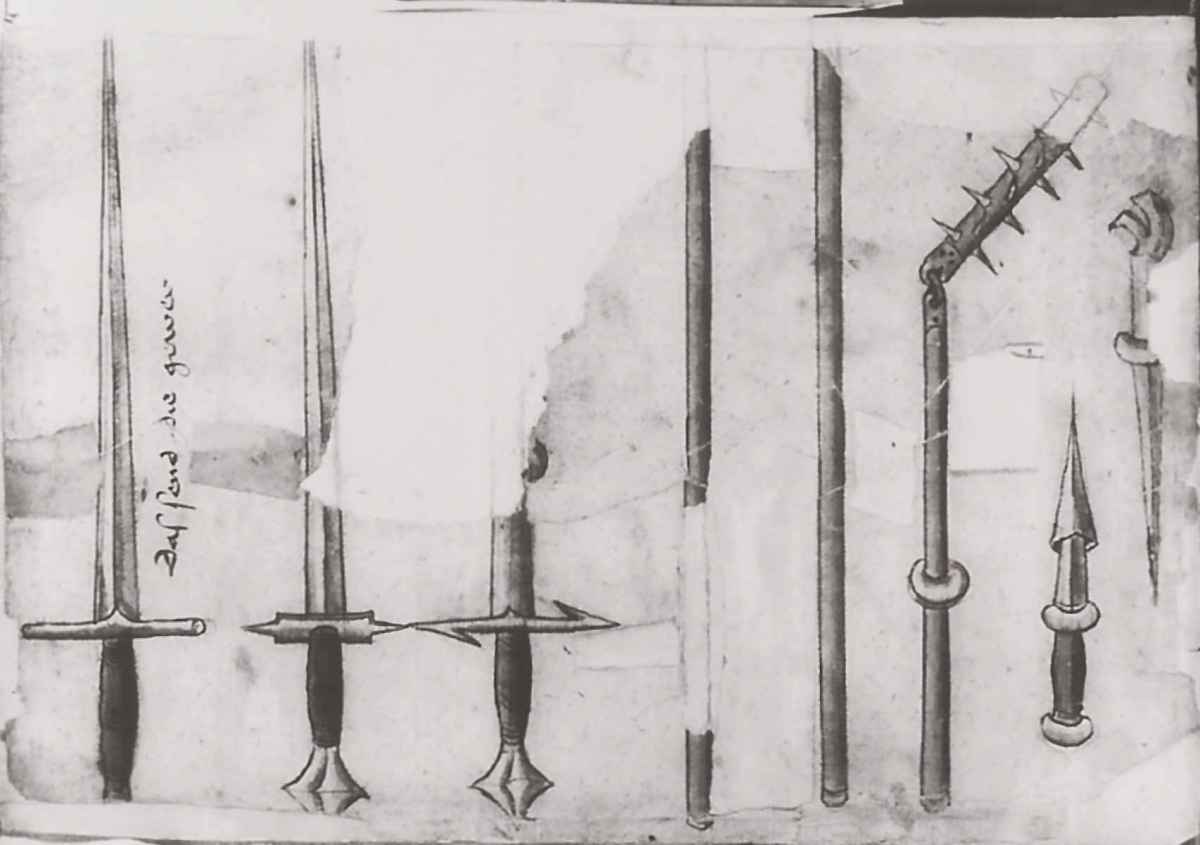 Of course, in Star Wars, one cannot grab a lightsaber blade without getting at least a few fingers lopped off. But who knows what we’ll see in the new movie? Maybe those mini-lightsaber blades can launch like darts.

Drone Dogfights Are The Best Fan Tribute To Star Wars