Pokemon Go probably didn’t make its users more active after all
Amy Schellenbaum
at 11:24 AM Dec 15 2016 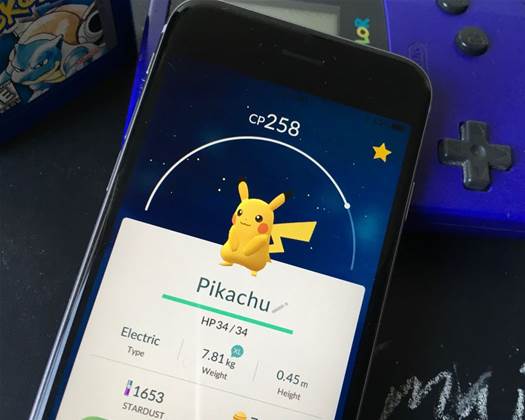 In July 2016, when Nintendo unleashed its Pokemon GO game (which uses augmented reality to let players find Pokemon in the real world), many salivated over an enticing idea: at long last, a video game—a video game—had successfully convinced people to get more exercise. After all, Pokemon GO was immediately popular, downloaded some 100 million times in less than a month, and the mechanics of the app require exploring (and, more to the point, taking steps in) the real world.

It’s a nice thought, but according to a new study from Harvard’s T.H. Chan School of Public Health examining the steps taken by both players and non-players, the boost in step counts was moderate and short-lived. The study was published Tuesday in the British Medical Journal’s Christmas edition, which always highlights quirky, light-hearted findings.

To determine just how much of an effect the popular app might have on fitness, researchers looked at the step counts of 1,182 iPhone 6-series users between the ages of 18 and 35, comparing the stats of Pokemon GO players and non-players over several weeks.

That first week, the activity increase was significant—a boost of 955 steps, or an estimated 11 minutes of additional walking a day, according to study author Katherine Howe. “It was a really neat finding,” Howe says. “That additional walking is around half of the World Health Organization’s recommendations.”

Significant, maybe, but the step increase is (unsurprisingly) much smaller than that generated by other walking “interventions,” like the use of a Fitbit. The researchers note that opting to use a fitness tracker usually increases daily steps by something like 2,500 (at first, anyway).

So these results are far from mind-blowing. What’s more: after the first week, the disparity between players and non-players tapered off. After six weeks, the Pokemon GO effect had disappeared completely. Non-players were once again getting as many steps in as players.

Still, the study doesn’t address the potential mental, emotional, and social benefits of being outside more, and the authors “would really love to explore” them, Howe says, adding that public health researchers and behavioral scientists can lear a lot from these sort of “unintentional public health interventions.”

So, no, Pokemon GO is not going to solve the global obesity crisis.

This Is What Happens When Augmented Reality Takes Over

NASA Video Shows HoloLens Being Used On The Space Station