Once, People Thought Chocolate Could Make You Pregnant
Francie Diep
at 07:53 AM Feb 12 2015 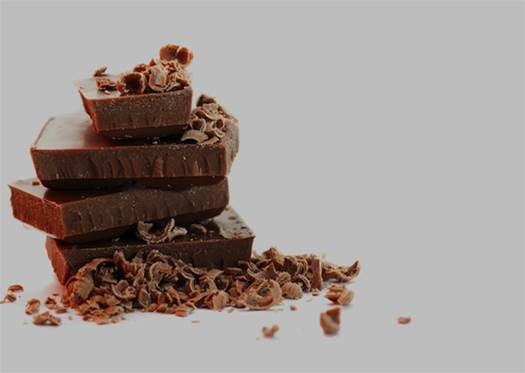 It’s not just store displays around Valentine’s Day. Scientists seem obsessed with chocolate, too. In the last 15 years, scientists have published steadily increasing numbers of papers about chocolate, according to an analysis the journal publisher Elsevier performed. Many of those studies looked at cocoa’s effects on health. Cocoa has been linked to lower blood pressure and reduced inflammation. It’s even been shown to kill cancer cells in petri dishes.

Whether eating tons of chocolate actually prevents cancer would be difficult to answer, even with rigorous study. But we’re not here to fact-check whether chocolate is good for you. That’s been done before, very nicely. Instead, we’ll take a look at a history of chocolate health claims. Not long after Westerners learned about chocolate from the Aztecs in the 16th century, they’ve been obsessed about what it could do for them. (Like being yummy is not enough? Conquistadors are so hard to satisfy.)

In 1631, the Spanish physician Antonio Colmenero de Ledesma published science’s first paper about chocolate and health. At the time, European doctors still based their practices on the idea that human health was dominated by a balance of four humors. Colmenero explained cocoa’s effects on the humors. He also wrote the first recipe for Western-style hot chocolate. Because That’s Where We Got It From
Digital image taken from The Public Domain Review
Detail from an illustration that appeared in Colmenero’s book, showing Poseidon taking chocolate from Mexico to bring to Europe

A decade later, one Captain James Wadsworth, Englishman, published several translations of Colmenero’s work. In one seminal edition, he added some chocolate super powers of his own devising to the introduction:

It vehemently Incites to Venus, and causeth Conception in women, hastens and facilitates their Delivery: It is an excellent help to Digestion, it cures Consumptions, and the Cough of the Lungs, the New Disease, or Plague of the Guts, and other Fluxes, the Green Sicknesse, Jaundise, and all manner of Inflamations, Opilations, and Obstructions.

Although such claims wouldn’t hold water now, Wadsworth did have one insight that might still apply today. Hot chocolate, he wrote, “makes such as drink it often, Fat, and Corpulent, faire and Amiable.”

Fast-forwarding to today, there’s a story behind all the recent scientific interest in chocolate’s health benefits. In the 1990s, scientists published a few fascinating reports about the Kuna people, who traditionally live on Panama’s Caribbean islands. Caribbean Kuna eat a partial Western diet, including lots of salt, yet Kuna folks over the age of 60 tend to have the same blood pressure as those in their 20s and 30s. Caribbean-dwelling Kuna are also nearly 90 percent less likely to die of heart attacks and strokes than the average North, Middle or South American. At the same time, Kuna people who move to Panama City soon develop the same blood pressure and heart-related death rates as typical Americans.

In a series of studies, scientists found that what protected Caribbean Kunas’ hearts was a drink they made from locally grown cacao beans, with a little added sugar. They drink tons of cocoa, “easily 10 times more than most of us would get in a typical day,” one researcher told the NIH newsletter in 2011. The rest is scientific history.

comments powered by Disqus
Filed under:
Valentine's Day
chocolate
MORE FROM POPSCI
Chocolate is not a super food
Chocolate Like You’ve Never Seen It: Magnified 5,000 Times