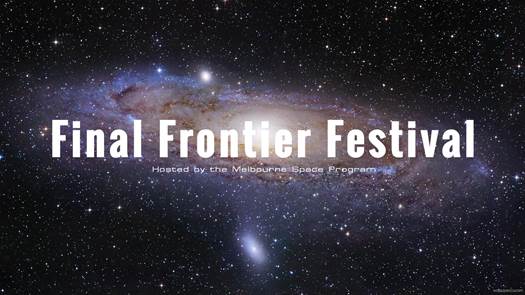 Melbourne is set to host the Final Frontier Festival, an celebration of all things space, for space enthusiasts of all ages.

Kicking off on Wednesday, 29th June 2016, the festival runs until Sunday and is packed with five days of talks, workshops, exhibits and general space awesomeness.

Events include the Melbourne Space Hack (a 24-hour hackathon where competitors have to invent their way out of various space-based challenges), an informal SpaceUp conference, and of course a Space Gala – a cocktail night to mark festival's public launch.

The Final Frontier Festival is really about giving space a boost and highlighting the Australians who work in space-related industries, as well as promote the importance of education about space for the next generation.

For more information, head to www.finalfrontier.co.