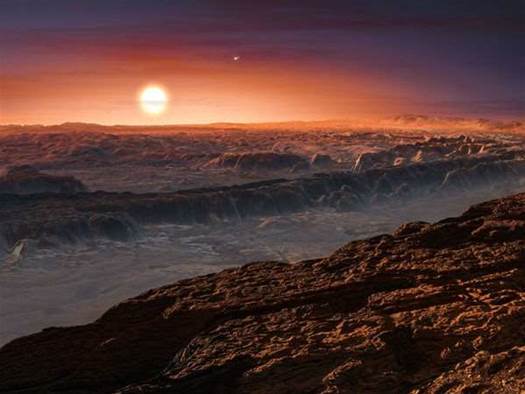 The dramatic announcement that a small rocky planet might exist in the nearest star system to the sun, Alpha Centauri, raises the hope that we might be able to send probes to an alien world in our lifetimes.

These spacecraft might rely on giant lasers for propulsion to reach more than 25 percent of the speed of light, according to the $100 million Breakthrough Starshot project unveiled earlier this year. Now scientists calculate how much damage such probes might face on their interstellar voyages.

Astronomers announced Wednesday that Proxima Centauri appears to be home to a rocky planet, Proxima b, about 1.3 times the mass of Earth in the star’s habitable zone (the area around the star warm enough for the planet to potentially host liquid water on its surface). 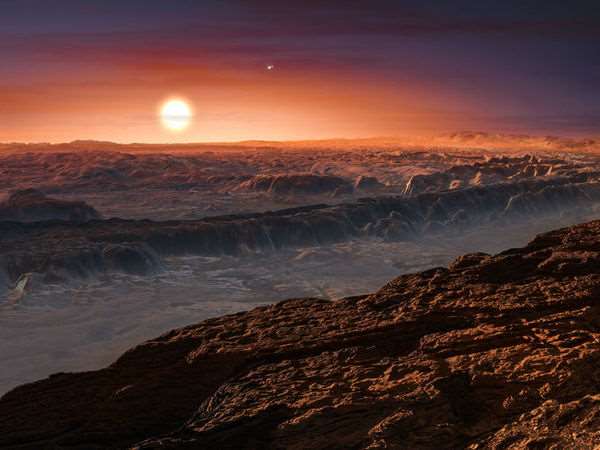 Artist’s rendering of ‘Proxima B’
ESO/M. Kornmesser
The planet is thought to be a rocky analog of Earth, though it’s unknown whether it has an atmosphere.

The Breakthrough Starshot initiative, funded by billionaire tech investor Yuri Milner and backed by Stephen Hawking, aims to equip gram-scale spacecraft with mirrors and use powerful lasers to push fleets of these probes outward. Although light does not exert much pressure, previous projects have already successfully tested a number of solar sails — spacecraft propelled by light from the sun.

Breakthrough Starshot aims to launch hundreds of these chip-sized “laser sails” per year at incredible speeds, potentially enabling these “space-chips” to cross the 4.37 light-year distance to Alpha Centauri in only about 20 years. In comparison, at the space shuttle’s maximum speed of about 17,600 mph, it would have taken roughly 165,000 years to reach Alpha Centauri.

“A spacecraft equipped with a camera and various filters could take color images of the planet and infer whether it is green, harboring life as we know it; blue, with water oceans on its surface; or just brown, dry rock. The spacecraft could also measure the mass of the planet and its magnetic field environment.”

However, this ambitious project faces more than a few challenges. One involves stray gas atoms and dust grains that the laser sails might encounter on their interstellar journeys — at the speeds the probes are going, these obstacles could do catastrophic amounts of damage. Loeb and his colleagues have now modeled the effects that gas atoms and dust grains might have on probes moving at roughly 20 percent the speed of light.

Hitting gas atoms at high speeds would heat the probes, causing bits of material to melt or evaporate away. Still, the scientists found that such bombardment would likely damage the spacecraft only to a depth of about 0.1 mm if their surfaces are made of quartz, and much less if their surfaces are made of graphite. In fact, the researchers suggest the heat from these colliding gas atoms could prove useful — it could be converted to electricity to power devices on the probes.

On the other hand, the researchers expected dust grains to produce numerous craters on a probe, evaporating up to roughly 1.5 mm of its surface, with melting happening down to depths of up to 9 mm. Given how tiny these spacecraft are, every millimeter counts.

In the worst-case scenario, dust motes more than 15 microns wide, or roughly one-sixth the average diameter of a human hair, would completely destroy a probe. Fortunately, such dust grains are extraordinarily rare in interstellar space — the scientists calculated the chances that a space-chip would hit such a particle was one in 10^50 (1 with 50 zeroes behind it).

“We found that it is challenging for spacecraft to reach Alpha Centauri, but we also suggested several ways to mitigate damage from interstellar gas and dust,” says Thiem Hoang, a theoretical astrophysicist at the University of Toronto.

“The lifetime of Proxima is several trillion years, almost a thousand times longer than the remaining lifetime of the sun.”

The researchers say one way to protect these probes would be to streamline them to needle-like shapes and fold up their sails after launch to minimize the chances of the spacecraft hitting obstacles.

They also suggested adding protective layers onto the probes, such as graphite armor up to 3 mm thick. In addition, the scientists noted that some probes could clear the way for their brethren by reflecting some of the laser light used to propel the spacecraft onto incoming specks of dust, brushing them aside.

One hope for Breakthrough Starshot is that it finds a new home for humanity. “The lifetime of Proxima is several trillion years, almost a thousand times longer than the remaining lifetime of the sun,” Loeb says. “Hence, a habitable rocky planet around Proxima would be the most natural location to where our civilization could aspire to move after the sun will die 5 billion years from now.”

Hoang, Loeb and their colleagues detailed their findings online Aug. 18 in a paper submitted to the Astrophysical Journal.