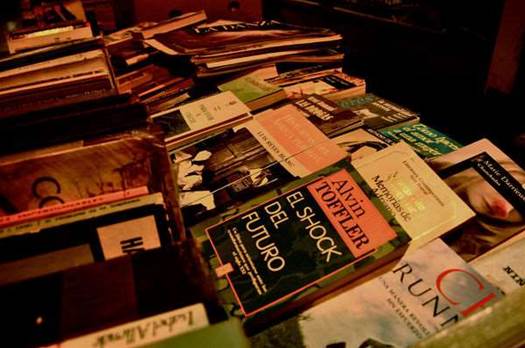 If it feels like we are living in the future now, it’s because, in a sense, we are. Prior to the Industrial Revolution, technology advanced slowly, haphazardly. In the two centuries since, mass production, electrification, and an explosion in technological progress mean that changes which used to take decades can take place in years and months.

The author and journalist Alvin Toffler saw this great wave coming, when he published “Future Shock” in 1970. He died on Monday, at the age of 87, having spent half his life living fully in the future.

In the pages of Popular Science, Toffler shows up in odd places. He blurbed a computing magazine in an ad in 1981. In 1994, we quoted Alvin and Heid Toffler (his wife, researcher, and co-author) about the future of war, terrorism, and a quest for less-lethal weapons. Toffler shows up alongside the Predator drone in a story from 1996, predicting that future war is information war, about “situational awareness.” America is now almost 15 years into a war defined by a quest for information, as drones and others look for signs of covert, hostile forces hiding in plain sight.

In September 2002, Popular Science asked thoughtful people if science can make us more secure, and Toffler’s answer stands out. “We’re entering into a new way of life, and we’re just as ignorant of this new environment as the paleolithic warrior was in his environment,” he said, “I think we have to accept risk in our lives. You cannot eliminate all risk without being dead.”

Read his obituary in the New York Times.