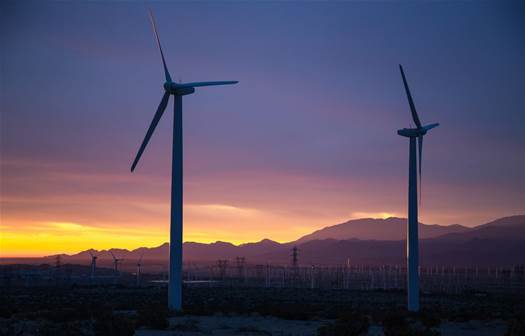 In preparation for war in 1940s, U.S. Army tanks crunched across the wild deserts of Southern California, leaving tracks that will remain for thousands of years. Jeffrey Lovich, a U.S. Geologic Survey research ecologist, has trekked through these harsh desert environs for decades, and sometimes comes across the tank- imprinted past. “It’s a consequence of history,” he says.

Over 70 years later, the Mojave and Sonoran deserts are experiencing a new round of history: rapidly expanding wind and solar farms. A decade ago, Lovich didn’t see the renewable energy revolution coming. But then a massive report landed on his desk in Flagstaff, Arizona, detailing the impacts of solar farms in six U.S. states. “That was an ‘aha’ moment for me,” he says, immediately realizing how little was known about how these farms might effect the desert environment, and the creatures teeming therein.

“I was stunned by the dearth of information,” says Lovich.

Still today, our understanding of renewable energy impacts remains woefully deficient, but a new study, published last month in The Journal of Wildlife Management, suggests that windfarms affect the hunting and scavenging behaviors of the desert’s foxes, coyotes, and bobcats. Scientists visited a wind farm near Palm Springs, California, home to 460 lofty wind turbines, and set up motion-activated cameras in front of 46 desert tortoise burrows. They found that mesocarnivores (animals that mostly munch meat, but also occasionally eat some fungi and plant material), like foxes and bobcats, more often visited tortoise burrows that were farther away from the noisy, spinning machines.

Lovich, a co-author of the study, explains that this sort of research aims to improve our understanding of how wind turbines affect wildlife, so future farms can be designed in less impactful ways. “My research is all about trying to find ways to minimize the negative effects of renewable energy, while maximizing the positive effects for society,” he says.

Driving along the Interstate 15, between Los Angeles and Las Vegas, it might appear that the dull, brown desert is dead, and the scant wildlife therein have little concern for the presence of wind turbines and solar panels. But next time you find yourself at an I-15 rest stop, try walking 10 feet into the Mohave. The ground swarms with insects, lizards play dead on rocks, and birds zip around shrubs and cacti. Come night, the place becomes infested with bats, as they chase down the desert’s fat, juicy moths. In a five and a half month span, the team’s 46 cameras identified nearly 5,000 wildlife events outside of the tortoise burrows. Many animals—such as lizards, rodents, and snakes—make use of the tortoise’s finely dug subterranean homes, whose conspicuous holes invite the interest of hungry foxes and coyotes. After reviewing thousands of images, Lovich and his team determined that these predators are more likely to visit a burrow farther from a turbine than one closer to a turbine, suggesting that noise and vibrations generated by the machines encouraged animals to seek the more tranquil areas of the wind farm.

This study, while important, still leaves researchers with an insufficient grasp on how wind farms effect wildlife. “There’s a general lack of scientific information on the effects of wind and solar development, particularly for things that don’t fly,” says Lovich. So as more wind farms spread over vast swathes of the windswept Mohave Desert, or inhabit farmland in Texas and Tennessee, scientists want to know which sort of designs work best to reduce effects on wildlife. “Now is a perfect time for scientists to get involved,” says Lovich. “Renewable energy is exploding.”

As for wind farm design improvement, the tortoise burrow study provided a not-too-subtle hint. If wildlife are avoiding the turbines, explains Lovich, it might behoove windfarm engineers to space the turbines farther apart. This would mean placing fewer turbines on the land, but the lost energy might be recovered by using higher-capacity turbines. “Minimizing the footprint is always better,” he says. 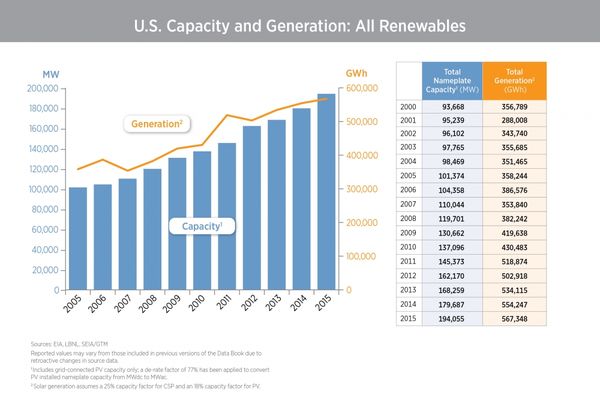 In the U.S., renewable energy capacity and generation has been steadily rising for over a decade.

Although wind farms (like every form of energy production) have inherent drawbacks—like noise and their unfortunate tendency to chop up birds—wind energy’s unprecedented growth in the last decade is largely due to it’s attractive list of advantages. Wind energy is 100 percent domestically sourced, requires no water to operate, can be built on existing farms, and produces no pollution.

What’s more, wind energy generates jobs. In 2016 the industry employed 101,000 workers, according to the 2017 U.S. Energy and Employment Report. By 2050, the U.S. Department of Energy reports that wind has the potential to support over half a million jobs.

Wind energy will likely become increasingly cheaper, and in a capitalist society, money wins the race. As more wind turbines are planted in American deserts, scientists like Lovich want companies to produce the most successful, least impactful farms for all parties involved—including the ones you can’t see from the highway.

“Renewable energy is here, whether anyone likes it or not,” he says.

comments powered by Disqus
Filed under:
US Army
Southern California
MORE FROM POPSCI

The US Army Is Definitely Still Working On A Hoverbike

Heat Waves are Cooking the US Southwest. Is This Climate Change?

US Army Plans The War Helicopters Of Tomorrow