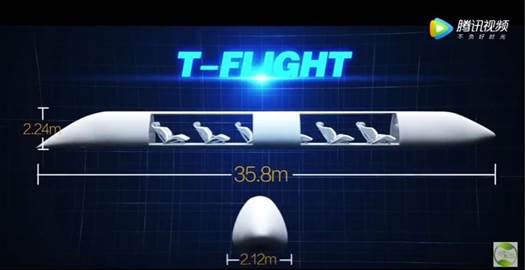 Hyperloops, the developing mode of transit that promises to zip people frictionlessly in pods and tubes, have long been associated with the innovations and dreams of billionaire Elon Musk. More recently, however, it’s captivated the imaginations of others, including, now, a Chinese aerospace giant. The China Aerospace Science and Industrial Corporation (CASIC), a well-heeled newcomer to the mass transit industry, is betting big on its supersonic T Flight ‘flying train.’

The company announced on August 30 its plans for an intercontinental hyperloop train with a top speed of over 2,300 miles per hour, or Mach 3.  For comparison, Elon Musk’s initial proposal called for a 745 miles per hour hyperloop to connect Los Angeles to San Francisco. And the current fastest bullet trains, in Germany and China, have top speeds in the range of 180-215 miles per hour. Let’s talk about the structure of T Flight. Keep in mind this is all theoretical. The transport capsule would be a light-and-easy 20 tons and measure nearly 7 feet wide, more than 7 feet tall, and about 117 feet long. Each capsule would seat 16 people in twin rows of 8, plus luggage in a compartment at the back.

The load would be propelled and lifted less than an inch off the surface by superconducting magnetic levitation (maglev) modules, which means there’s no friction between the car and the line. The network would consist of two tubes per line—each tube is strictly one-way only—with built in maglev systems, and would be powered in large part by the solar panels on top of the tubes. Given the high speeds and high-traffic density of T Flight capsules at any time, operations would be highly automated, and possibly AI-aided. Each T Flight station would have a turntable to rapidly launch capsules. Unlike traditional trains, which have multiple attached cars journeying together, hyperloop systems generally intend to send multiple unattached capsules departing every few minutes. The high speeds mean even capsules launched within a few minutes of each other will have miles of distance between. For a three-destination network with an annual capacity of 8 million passengers, each leg of the network would need to launch and recover a 16-passenger capsule every 3.15 minutes.

How close is this to becoming a reality? CASIC has already made some preparations. It’s researched and registered 200 patents for the T Flight, aiming to finish research in 2020. Liu Shiquan, CASIC’s Deputy CEO, said that CASIC is aiming to partner with 20 domestic and international companies to realize the first stage of the “flying train” plan. That plan: a regional network of capsules that zip some 8 million people a year around Wuhan, China. Speeds would range between 370 and 620 miles per hour.

The next stage is to build a national network of 1,200-miles-per-hour hyperloops across China beginning in 2027. This Phase 2 network would in theory link cities like Shanghai, Chengdu, and Beijing. The final stage: Mach-3 flying trains around the world. 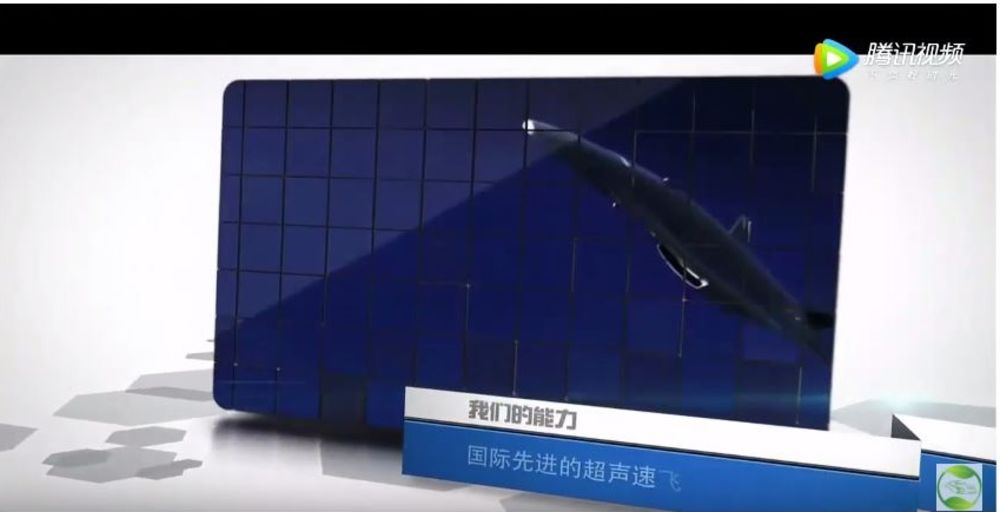 CASIC also took the opportunity to show off some of its other projects, including the first official image (albeit concept art) of it hypersonic plane.

Of course, even if CASIC does overcome the many, many technical difficulties in inventing, building, and operating a Mach-3, intercontinental hyperloop network of flying trains by midcentury, it won’t necessarily make economic sense to do so.  The massive fixed costs just from building thousands of kilometers of large diameter, hermetically sealed, magnetic tubes across urban areas and harsh wilderness could make other forms of futuristic fast transportion, like hypersonic planes, seem more economical.

Nonetheless, the advances in power generation, magnetic technology, propulsion technology, and material sciences needed to build the T Flight would be enabled by, or enable, new Chinese advances in superconductors, energy efficiency, civil aviation, and military tech. Interestingly, the T Flight presentation video included a picture of an air=breathing hypersonic spaceplane. You can see it at 3:15.

Elon Musk Wants To Put Humans On Mars By 2025