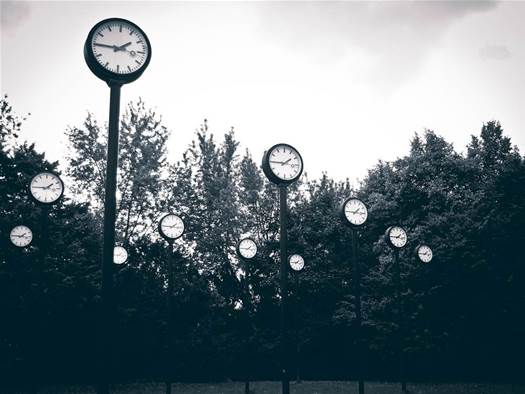 Gimme back my hour.
Pixabay
Science //

Aussies just lump it (well, except for Queenslanders). But in the US, only a narrow band of people are really that affected by daylight saving. But gosh darn it, they will complain about it loudly every year. Let’s hear now from US contributor Sara Chodosh…

The annual switch to daylight saving time (DST) is the hour that launched a thousand angry articles. And honestly, this is one of the few events that actually warrants them. DST, in addition to not actually being invented by America’s favorite founding father Benjamin Franklin, is mostly a terrible idea. It has several origins, two of which can be traced back to doddering old white dudes whose leisurely lives meant they were collecting bugs and golfing in the evening. They didn’t understand why more people weren’t appreciating the out-of-doors, and so introduced the idea of shifting the daylight hours, basically in order to fit their own daily routines.

DST eventually gained widespread appeal (if you can really call it that) in 1916, when it was a useful way to conserve wartime coal—having more daylight hours in the evening meant people used less energy heating their houses. In the next couple of years, many other countries followed suit.

Most countries in Asia and Africa still don’t follow DST, and many nations in the far north of the world don’t bother—their daylight hours shift so much over the course of a year that it’s not worth it.

The whole thing started as a way to save energy, but it’s mostly stuck around (at least in the U.S.) because sporting goods manufacturers and retail stores lobby for it. Americans go out, play more sports, and buy more stuff when there are more daylight hours after school and work.

In fact, studies suggest we don’t really save energy with DST anymore—if we do, it’s by a margin of less than one percent. We also now know that the sudden shift in our internal clocks gives us all kinds of health issues in the days following. Our bodies change radically over the course of a day based on how much light we see and how much sleep we get. Even an hour’s shift in rest time and daylight hours screws everything up slightly. When that effect is shared across the billion-or-so people who have to reckon with DST, you can find some pretty intriguing correlations.

The single hour of lost sleep in the switch to DST increases the fatal crash rate in the U.S. by a calculated 5.4 to 7.6 percent for a full six days following the transition. By one researcher’s estimate, that’s 302 more deaths over ten years.

Sleep deprivation only increases the rate of workplace injuries by 5.7 percent on the Monday after the switch. But the real effect is in days of work lost to those injuries: 2,649 in total, for an increase in 67.6 percent. In the fall, when we get a bonus hour of sleep instead of losing shut-eye, there’s no known injury increase.

All those probably-already-sleep-deprived-and-now-even-more-so traders on the floor of the New York Stock Exchange perform ever-so-slightly worse on the Monday after DST. NASDAQ closes, on average, about 0.3 points lower. It’s worth noting that there’s actually a dip on every Monday, on average, though it’s smaller. Everyone’s least favorite weekday often closes 0.1 points lower than other trading days.

Disrupting your sleep cycle upsets your autonomic nervous system. You make slightly more proinflammatory molecules and you’re more stressed overall. This all adds up to a 24 percent increase in heart attacks on the Monday after DST goes into effect. One study also found that the fall change, in which we get an hour more of sleep, produced a 21 percent decrease in heart attacks on the Tuesday after.

Like judges who are hungry, sleep-deprived legal minds tend to be harsher on their defendants. Sentences are a very slight 5 percent longer when handed down on the day after DST.

In the weeks following the shift to DST, more women undergoing in vitro fertilization have miscarriages. The study that found the difference—which mostly held true for those who had a previous miscarriage—was small, but researchers think the effect of disrupting circadian rhythms does change fertility a bit. It’s not clear whether that’s because stress and sleep deprivation change fertility directly, or because of some hormonal change from shifting sleep cycles.

BUT ON THE BRIGHT SIDE…

Though you have to wake up in a slightly darker world, the upside to DST is that you get a bit more daylight in the evening. And those precious minutes in the sunlight after work and school have a positive effect.

Americans spend, on average, about two hours a day watching television and less than half an hour outside. By looking at data from the American Time Use Survey, researchers estimated that DST shifts those habits a bit. Of course the weather is getting warmer, but you can see an immediate shift (not gradual, like you’d expect from evolving weather). We spend a full 30 minutes more outside doing “recreational activities,” and a more modest 9 fewer minutes watching TV. Apparently nothing can keep us from our stories.

Daylight prevents crime for the very simple reason that most criminals don’t want to be seen. Darkness provides a cover. And so, when we shift the daylight hours slightly later, we see a 7 percent decrease in robberies overall. That’s not a lot, but it’s more pronounced—about 20 percent—during evening hours, since plenty of robberies still take place in the middle of the day and are unaffected by DST.