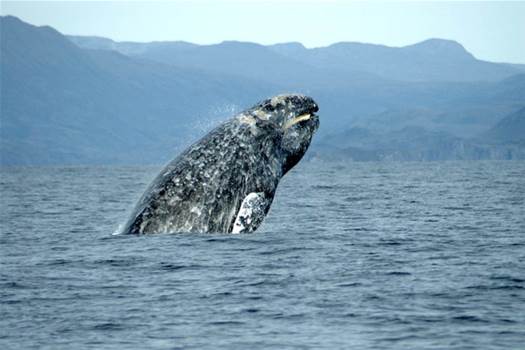 Evolution is too complicated to plot out like a family tree.

Gray, blue, big, bigger: baleen whales put the mega in “megafauna.” In a new study published on April 4 in the journal Science Advances, researchers discuss the whole-genome sequencing of several of these mammoth species, including the blue whale—the largest animal alive. They found that these marine mammals are related in surprising ways, which could suggest that the most traditional view of evolution isn’t quite right.

Six of the species the researchers studied, including the humpback, fin, sei, minke and blue whale, are part of a family known as rorquals—they’re the baleen whales that have pleated throats, allowing them to gulp huge mouthfuls of seawater that they strain for food using baleen plates. Another baleen whale species, the gray whale, is currently separated into its own taxonomic family. But by sequencing the genomes of these species and applying a new form of scrutiny known as evolutionary network analysis, the researchers were able to demonstrate that the gray whale is also a rorqual, and that it’s closely related to fin and humpback whales: more closely, in fact, than those whales are to other rorquals.

These findings provide further support for the thesis that “Evolution is much more complicated than Darwin had envisioned,” says study lead author and evolutionary geneticist Axel Janke, who is affiliated with the Senckenberg Biodiversity and Climate Research Center as well as Goethe University. Janke made headlines a few years ago when genetic analysis led him and colleagues to argue that there were actually four species of giraffe, not just one. Researchers in his lab are still trying to figure out how and why the giraffes speciated. 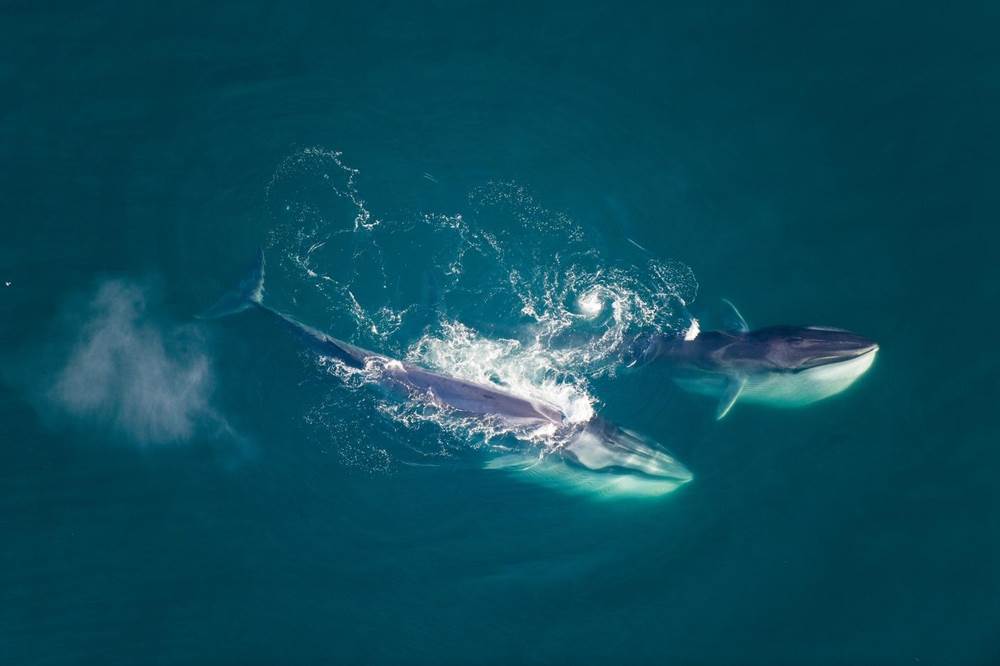 Charles Darwin posited that evolution can be represented by a tree, with each species as one of the branches. He thought that speciation happened when creatures were forced to adapt by geographic separation; slightly different habitats favored slightly different adaptations, and a great physical divide would keep populations from mixing. Over time, different ecological influences would mold each group into something new. In the case of giraffes, Janke’s group theorized that some obstacle in their evolutionary history—say, a river that turned uncrossable as water levels rose—sparked their division into four species. In the absence of proof one way or the other, that’s still possible.

But in the case of the whales, who share the oceans of the world, evidence for a process called sympatric speciation—where a progenitor species can create new offshoots in the same geographic space—is much clearer. Evolutionary network analysis takes the tree metaphor and turns it into a complex web, which acknowledges the different kinds of familial connections shown by whole-genome sequencing. Comparing the whole genomes of rorquals shows that genetics is much more fluid than the Darwinian “tree” model, Janke says.

Darwin wasn’t wrong, per se: he worked with the tools available to him, primarily observation. But modern biologists have other tools that have enabled them to see different, subtler distinctions than those of appearance and behavior that Darwin, and generations of biologists since, have relied on.

“Gene flow and hybridization is more common than biologists usually think,” Janke says. Analysis of the rorquals’ genes shows that they’ve interbred in different ways at various times in their evolutionary history. This doesn’t make much sense if you rely only on Darwin’s model, where branches of the family tree never touch again after they separate. But many of these whales share the same vast oceans, and have speciated in spite of their ability to continue intermingling.

These results show that whole genome sequencing might be especially important for marine life, because it shows how misunderstood the genetic relationships between different kinds of marine creatures can be. In the case of the gray whale, the reason it speciated seems to have been finding a new ecological niche. Gray whales are bottom feeders who suck up sediment and food from the sea floor rather than taking big gulps higher up, like the other rorquals in the study. Filling that niche drove the whale to evolve differently, either losing the unnecessary pleats in its throat or failing to develop them in the first place. Their unique looks and behavior led biologists to believe they weren’t part of the same family as rorquals, which got them their own branch on the traditional evolutionary family tree. A more complex web, however, shows that they’re still intimately connected with rorquals on a genetic level.

The exact catalysts for speciation among these whales could be things like behavior, food, or breeding time, Janke says, “but this is not well known and understood.” Further study is required, he says, but very few cetacean genomes have been sequenced.

In addition to bringing about a family reunion of sorts, the research also kicked up a hopeful fact about the rorquals, including the gray whale. It shows that the almost worldwide moratorium on commercial whaling, put in place by the International Whaling Commission in the early 1980s, saved enough of them to stabilize the population. “We found rorquals are [genetically] diverse,” Janke says. That genetic diversity produces a species-wide resilience that has allowed them to weather changing seas.